On March 8th, Consul General Aoki visited Marine Corps Base Hawaii in Kaneohe and paid a courtesy call on the Commanding Officer, Colonel Speros C. Koumparakis.
Commanding Officer Koumuparakis briefed Consul General Aoki about the history and operations of the base. Almost 6,000 Marines from all around the United States are stationed at Kaneohe Marine Corps Base serving to maintain peace and security in the Indo-Pacific region. Consul General Aoki was able to observe a touch-and-go training by the United States Air Force C-17 on the airstrip.
Commanding Officer Koumuparakis emphasized that both nations, the United States and Japan, built a strong alliance after WWII, and this bilateral alliance is crucial for peace and security in the Asia-Pacific Region.
After the courtesy call with the Commanding Officer, Consul General Aoki visited the Klipper Memorial, which is dedicated to the 18 United States Navy sailors and two civilian contractors who were killed during the Japanese attack on Kaneohe Bay Naval Station on December 7, 1941. He also visited the Iida Memorial and laid a wreath at both memorials.
The Iida Memorial commemorates First Lieutenant (granted a posthumous promotion to Major) Fusata Iida who attacked the Kaneohe Naval Air Station as a fighter pilot of the Imperial Japanese Navy.
His plane was hit during the attack, and he decided not to go back to the aircraft carrier and instead deliberately crashed into a hangar. To praise his brave action, the Unites States military which sustained damage by this attack, erected the monument at the crash site and to this day, continues to manage this memorial. When President Barrack Obama and Prime Minister Shinzo Abe visited Pearl Harbor in December 2016, Prime Minister Abe also visited this memorial and laid a wreath.
Prime Minister Abe also addressed this memorial in his speech: (https://japan.kantei.go.jp/97_abe/statement/201612/1220678_11021.html)
Photos taken by the Marine Corps Base Hawaii are also uploaded on the following website.
https://www.dvidshub.net/image/6549499/japan-consul-general-visits-mcbh 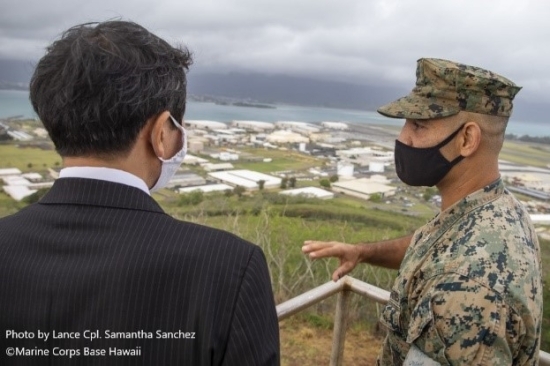 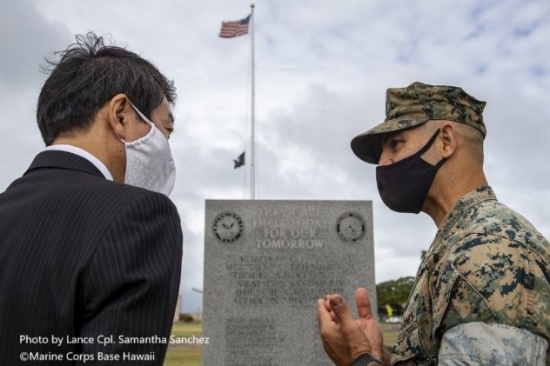 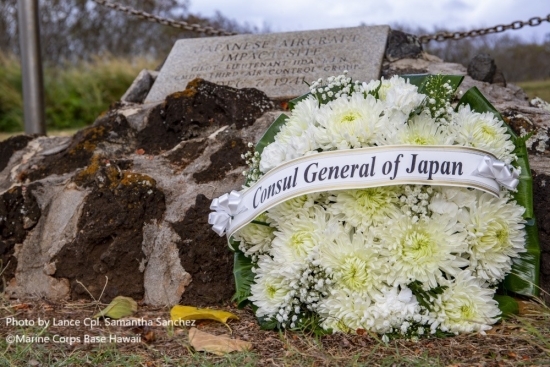 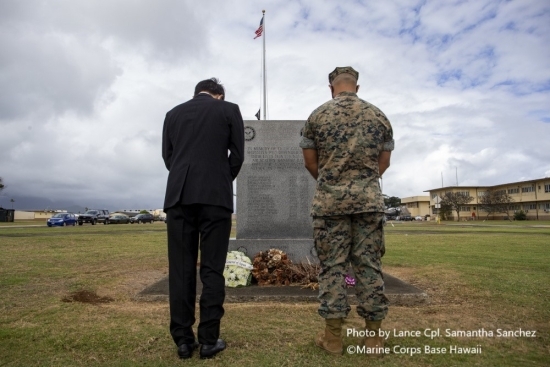