Consulate General of Japan in Honolulu

Here in Hawaii, a place where Japanese culture and customs are appreciated and valued, I am guessing that many folks will be celebrating the New Year by enjoying osechi ryori (“special New Year's dishes”) and, perhaps, visiting a shrine or temple with their families.  For me, personally, it will be my first time spending New Year’s under the blue Hawaiian sky.

Before I proceed further, I would, first of all, like to pray for the health and safety of everyone in 2021.

There is a Japanese proverb, “Ichinen no kei wa gantan ni ari” (“The whole year’s plans should be made on New Year's Day”).  Having said this, I am still a bit hesitant to touch upon the subject of the COVID-19 pandemic so early in the New Year.  But since the virus remains at the forefront of our lives, it is important to set forth a plan of action for the New Year, which involves us reflecting back first, at how this unprecedented situation changed the course of 2020.

As a bit of background, the coronavirus originated in Wuhan, China last January, spreading rapidly around the world. Infection numbers increased in the subsequent months, and by December, the total exceeded 70 million worldwide.

Both Japan and Hawaii saw their share of infection increases since late March. In Japan, a state of emergency was declared on April 7, and in Hawaii, a “Stay at Home” order was issued on March 23.  For both, the situation improved in May and June, and some social and economic activities resumed, but there was a spike, yet again, in July. In Hawaii, the numbers peaked once more in August, and a second order was issued. This was lifted in September, and Hawaii was placed in Tier 1 and, subsequently, in the lesser restrictive Tier 2, of the Honolulu Reopening Strategy.  In Japan, on the other hand, a decrease was seen in infection numbers, after peaking in early August, followed by another increase in November, then exceeding 3,000 cases per day in December, the highest numbers recorded up till that time.

The infection situation has been changing constantly, almost moment-by-moment, in both Japan and Hawaii, with restrictions being repeatedly tightened and relaxed in response to this. Even making accurate projections for the coming one month, has been a virtually impossible feat.

And though vaccines are expected to become more readily available to the public in the months ahead, greatly improving the situation worldwide, for the time being, we must remain vigilant and tread cautiously, while determining the fine balance between infection prevention and restarting the local economy.

I know that everyone is hoping that this year will be the year to overcome COVID-19.  Yet the first step is still to further contain the virus so that another “Stay at Home” order will not be issued.

This means, of course, continuing the “new normal”--mask-wearing, social distancing, and, of course, teleworking, distance learning, web meetings and virtual events.  And, for myself, though nothing can replace the “old-fashioned” way of meeting and talking with work associates and friends in person, I will continue to actively participate in meet-and-greets, discussions, and webinars through my computer and smartphone to communicate with everyone.

I hope that we can all join together and continue putting in the extra work, the extra effort, and the extra care now, so that we will be able to keep moving toward our goal of beating the virus in 2021, and eventually opening Hawaii and Japan and the rest of the world back up completely, and without restrictions.

Please continue to stay safe and be well! 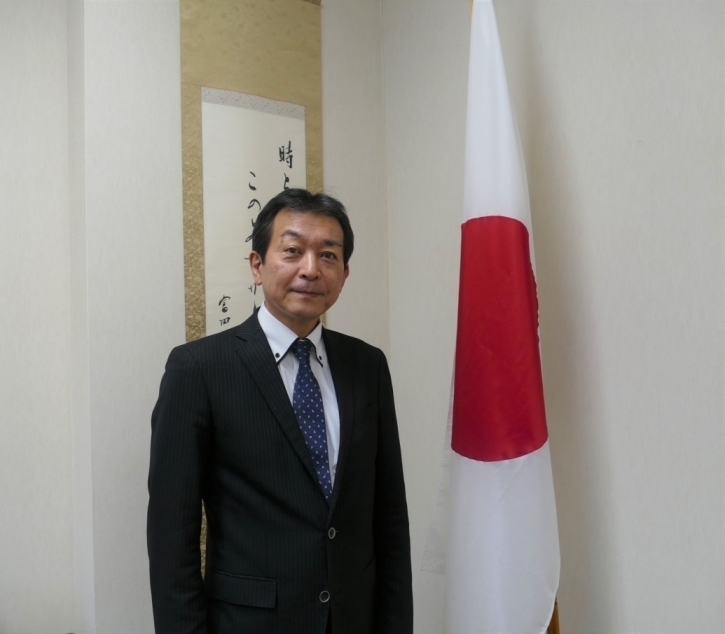